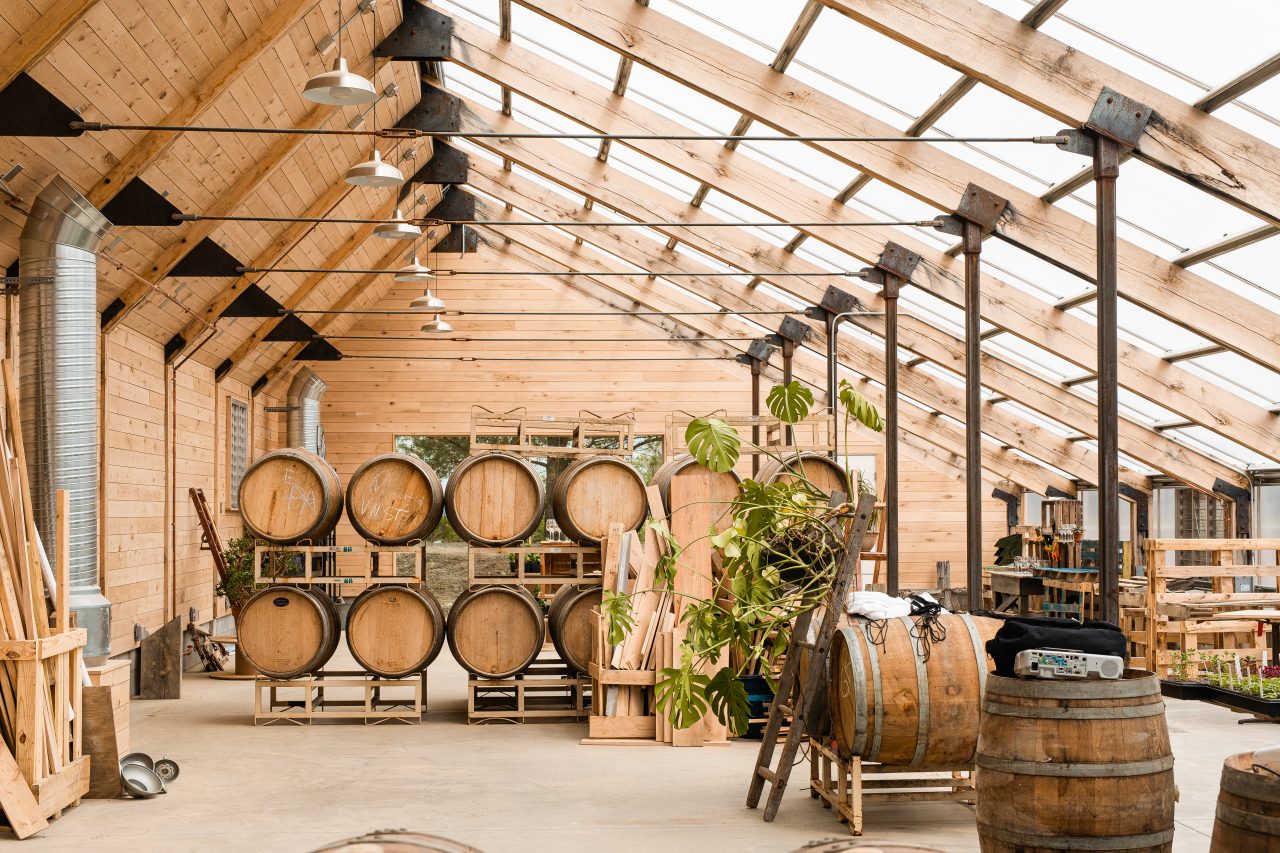 We had been talking with Stone Bend farm owner Terry Bloom for a few years about the vision for his agritourism project. He wanted to develop a dynamic space that brought the community & tourists together around a sustainable process of growing & cooking the best quality foods the Finger Lakes Region has to offer.  The resulting plan was a multi-structure complex that would house a large teaching kitchen, taproom, bathhouse, and event space with a satellite, outdoor pizza oven. The project would also include a geothermal, tropical greenhouse where he could grow the types of produce that is typically imported from much warmer climates. There were a few examples of this type of structure starting to pop up around the country and Terry saw the potential for not only growing his own tropical citrus fruit but creating a space that would offer a unique experience for visitors to the farm. Little did we know that this structure would end up playing such a huge role in where the project was headed. We started working on the design and were slated to start construction in the spring of 2020.

Only weeks before groundbreaking,  COVID arrived and everything changed. Terry decided to take a risk and pivot in a big way, abandoning the original plans and choosing instead to make the greenhouse the primary focus of the project. After almost tripling the size of the footprint and incorporating a few large upgrades, including an enormous GAHT (Ground Air Heat Transfer) system and a radiant slab, the greenhouse was re-envisioned into a 4,500 SF hybrid structure that is unlike any other agritourism destination in the Finger Lakes.

The space is equipped with a fully functional 500 SF production kitchen where Terry processes the farm’s produce, preps toppings, and makes dough for the wood-fired pizzas. Tropical produce will be incorporated in the coming seasons and the addition of a satellite taproom from Buried Acorn Brewery in Syracuse is slated to open Summer 2021.  In the meantime, you can stop up on Saturdays for pizza and experience a space that is unlike any other venue in the Finger Lakes! Watch the greenhouse build that we documented with timelapse and drone photography!